When you think of the crane, Brandenburg is perhaps not what springs immediately to mind, yet every October the village of Linum in our neighboring state is host to the largest or near-largest congregation of Eurasian Cranes in Europe. As many as 80,000 of the overall European population of 400,000 cranes depart Scandinavia and the Baltic region and take a multiweek rest here to fuel up before continuing their migration to Central Spain for the winter.

We go to Linum every October, since hearing and seeing these beautiful birds in their numbers takes some of the sting out of the otherwise grim onset of Central European autumn. So far, local observers have counted 30,000 cranes and the stopover season has only started.

The farmers there share the lore that if you scare off the cranes from your fields even once, you won’t see them again in your lifetime, so I guess Linum has shown the cranes some gentleness and hospitality and I’m glad of it. I took some pictures: 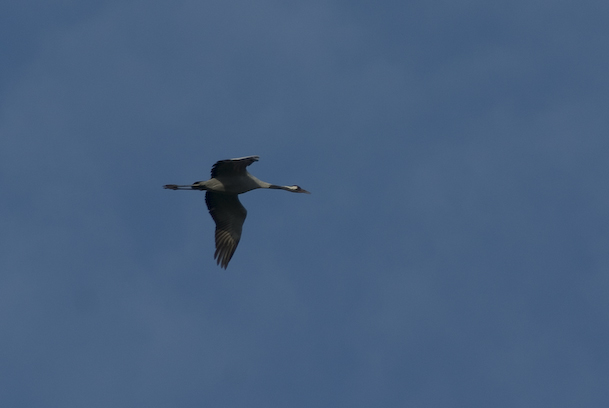 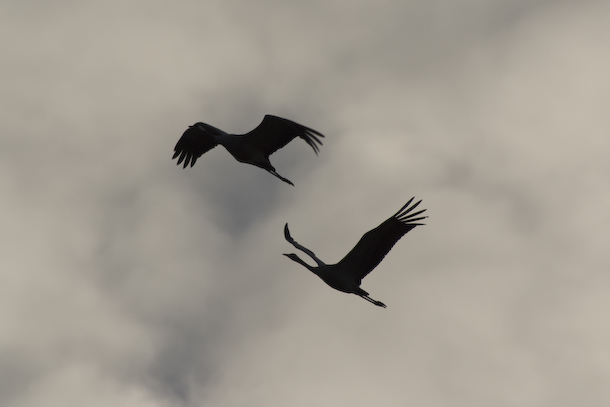 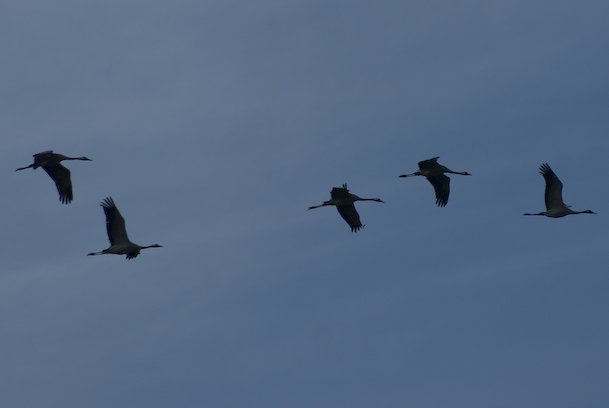 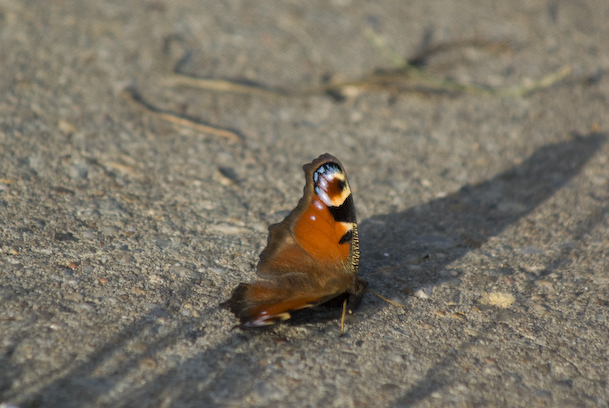 OK, the Peacock Butterfly is not a crane, but I saw it while I was waiting for cranes. NABU is the conservation society concerned with the support of sustainable tourism and species protection in the region and due to their efforts and that of the village and surrounds, Linum is host not only to cranes but also wild breeding populations of storks, and an equally-impressive stopover population of grey geese.

I'm the developer and designer of the Politepix apps and OpenEars.
View all posts by Halle Winkler →

Sign up for the Politepix OpenEars frameworks mailing list here in order to receive infrequent notifications of when OpenEars frameworks (such as RapidEars and Rejecto) are updated and when they go on sale. We also occasionally have sales which are for mailing list subscribers only, so it's beneficial to sign up. We will not send you mail frequently, and you can easily unsubscribe any time you like. We do not share email addresses with anyone.

One Response to “The Dream of One Thousand (* 80) Cranes”